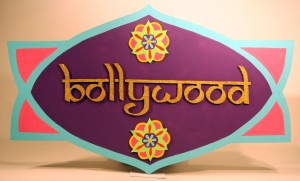 A talk show with a difference! RJ Sitesh brings the window to the world in the bi- monthly program.

Sitesh is several personalities folded into one. At times “Samosa” and at usual times “Rosogulla”

He is an accomplished actor, and has performed on stage, radio and modelling circuit. He has authored many poems, stories, drama, essays on contemporary subjects which have been published and also awarded.He basically writes in English and Hindi and has also briefly featured in Japanese media.Radio has been his first love where he cut his teeth as an aspiring performer. He has worked in All India Radio as a narrator in youth programs.He has also worked as Online Radio Jockey for a US / India managed channel for over an year and produced two shows which ran for 70 episodes.

He has been an educator of IT, sales & marketing professional of IT products, and then into development and management of IT software projects and products.He has worked in India, England, Japan and South Africa. He is currently based in Durban.

In his another avatar, he has deep interest in entrepreneurship and maintains opinions on various forms of startups through readings, networking events, discussions and experience. He once founded a successful enterprise in computer education, which was active for four years.

He loves to meet and talk to new people and fathom the thinking, feeling and then contextually fitting the discussions in the frame of past, present and future.